At some point in the past 30 years I signed up for a $50 sample membership in the Cato Institute, a residue of my libertarian proto-objectivist streak. Originally they tried to be an honest purveyor of political analysis: they had a strong bias but they backed up their conclusions with factual arguments.

Today I received one of their occasional junk mail pieces, “Cato’s Letter.” As I often do, I read the first few lines before tossing it into recycling. But this time I couldn’t just throw it away. The second sentence sounded wrong (highlighted).

END_OF_DOCUMENT_TOKEN_TO_BE_REPLACED 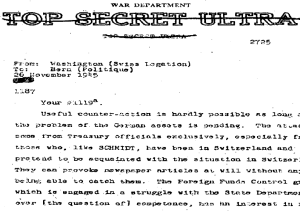 At the start of World War II, Britain set up a large and highly secret codebreaking operation. Every document related to the project was “above top secret:” they were all marked “Top Secret Ultra” and handled by separate security teams from merely “Top Secret” military information. This strategy seems to have kept the activity secret, at least from the general public. Military adversaries seem to penetrate such measures more quickly.

The intelligence community’s arrogance about secrecy grew from the Cold War. Very few intelligence agency secrets leaked to the general public back then, regardless of whether they had leaked to adversaries or not. This has had a profound political impact.

No one discusses or questions the intelligence community’s value proposition.

Given the recent dumps of classified information into Wikileaks, newspapers, and everywhere else, I think it’s time to kill the “above top secret” idea. History shows it hasn’t really worked that well anyway. There are much easier and cheaper ways to restrict access and control sharing. We also need to share more information with the public so we can judge the true value of our intelligence community.

END_OF_DOCUMENT_TOKEN_TO_BE_REPLACED

Many progressive voices fear that President Trump is moving America towards totalitarianism and/or fascism. Trump has brilliantly sold “America First” as a form of patriotism, while others say it’s really anti-American. Serious discussions may draw parallels between Trump and the history of Nazi Germany, even though it’s a conversation-stopper to call him the new Hitler. The hint is always there.

I don’t think Trump is a new Hitler for a fundamental reason: He doesn’t have an organized cadre of thugs to suppress dissenters. The early Nazi Party participated “hugely” in every counter-demonstration and politically-motivated street brawl it could find. That requires a giant organization Trump lacks.

END_OF_DOCUMENT_TOKEN_TO_BE_REPLACED

The first Clinton-Trump debate was last night. I think both candidates did about as well as I expected. Here are two arguments the candidates could have made but didn’t:

I could not have done a tenth as well in the debates as either of them, but these are arguments I wanted to see.

END_OF_DOCUMENT_TOKEN_TO_BE_REPLACED

Thank you to Rick for inviting me to post this on the Smatters blog! I’m very happy to be guest blogging. The purpose of this series is to give my American friends a better understanding of the political system in Canada. Again, as with part one, this is all from memory, so please forgive me my lapses (and Canadians, please do correct me if I’m wrong).

Part the Second: Parliament and Parties

Canada’s federal legislative branch is the Parliament. It’s comprised of two houses – the House of Commons and the Senate. Unlike the US Senate, the Canadian Senate is appointed. Similar to the US Senate, it is rife with scandal (Google “Mike Duffy,” for example) and obstructionists (Google “Canadian bill C-279,” for example).

END_OF_DOCUMENT_TOKEN_TO_BE_REPLACED 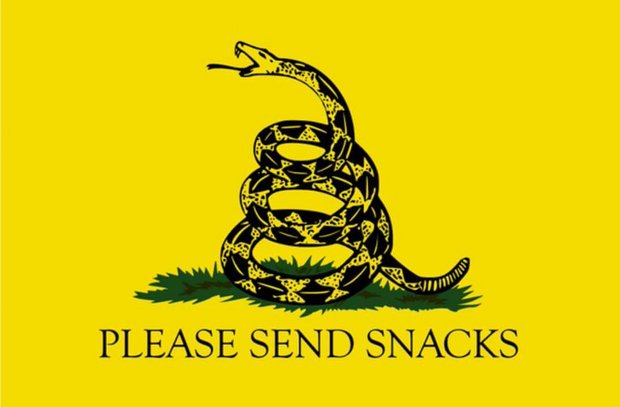 A neighbor has a variant of the Gadsden Flag flying under his American Flag. Instead of yellow, it’s black, but it has the snake and the “Don’t Tread On Me.”

I haven’t found anyone on the Internet who offers a Gadsden Flag with the “Send Snacks” motto. I’d buy one in a second.

This is also a “test posting” – WordPress has a “featured image” setting and “image post” format. I’m wondering what they do. 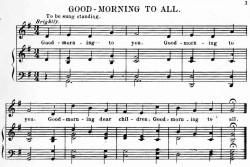 The royalties currently add up to about $2 million a year. The plaintiffs in the copyright case are starting a class action suit to recover some of the royalties that Time Warner and its predecessors collected improperly.

The point of copyright and patents is to encourage people to create things. The copyright gives a legal monopoly over the work for some number of years. Modern patents last about 20 years. Copyrights used to last 28 years. Now they last 70 years past the death of the author. Clearly this has nothing to do with paying authors. It has everything to do with selling a DVD containing black-and-white Disney cartoons.